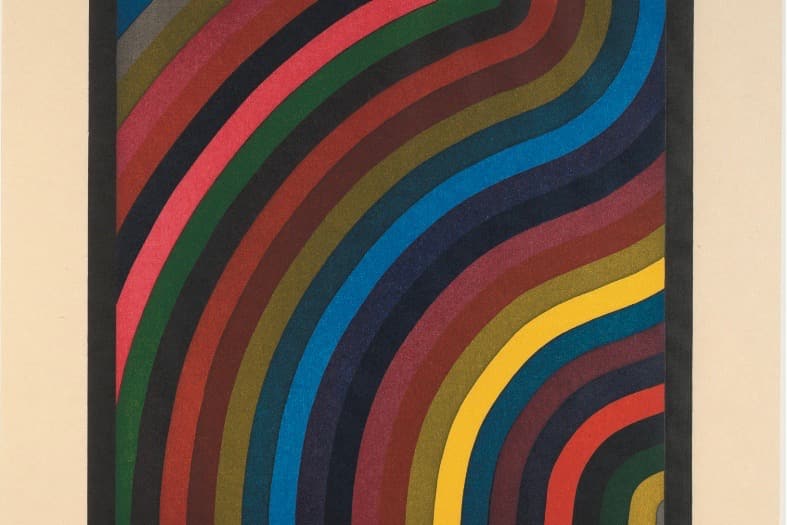 This page is currently under construction

Check back soon for a COMPLETE archive of this issue of Discoveries!

Walking on the Margins | Lulu Yan '08

Abelard: A Heretic of a Different Nature | Davis O'Connell '12

The Politics of the One | Derek Lougee '12

Staphylococcus aureus: the Evolution of a Persistent Pathogen | Logan Skelley '10

Where'd They Go? Investigations of the Promary Cause of Colony Collapse Disorder | Lori Moshman '12

From Churches to Jails | Madera '10

From Churches to Jails: The Majestic Profanity of the Hammond Organ | Christian Madera '10

The Aesthetics of Change | Cohen '11

The Aesthetics of Change: From Ruskin's Gothic to Forster's Romantic Idealism | Michael Cohen '11

Playing for Keeps: The Struggle of Naming and Possessing the Places of America | Sheridan Reiger '10

Love, Morals, and Uncertainty: The Making of the Unhappy End | Jacqueline Liu '13

From the Director | Katy Gottschalk

In 1995, when the inaugural volume of Discoveries appeared, then director of the Knight Institute Jonathan B. Monroe commented on “the quality, range, and inventiveness of the essays” included in that issue. In this 2011 double-issue, readers will find that all these qualities continue in abundance. The prize-winning essays here were written for First-Year Writing Seminars offered in departments ranging from Science and Technology Studies to Medieval Studies and Theater. Essays were written for the upper-level course English 2880, Expository Writing, in sections on topics such as “The Reflective Essay” and “The Criminal Trial: Issues and Actors.” Essays were written for courses in the Writing in the Majors program, for courses such as “Evolutionary Biology” and “The Physics of Sound.” Students’ majors and colleges similarly represent the breadth of the university, with contributors from six colleges and authors whose diverse interests include agriculture and English, mathematics and law.

As always, publishing this beautiful collection was a collaborative effort for which many merit thanks. Joe Martin, Director of the Writing Workshop, undertook the crucial tasks of essay selection and preliminary editing. David Faulkner, Senior Lecturer in the Knight Institute and Department of English, provided final polishing and editorial work. Andy Weislogel, Associate Curator of the Johnson Museum, guided the selection of art work to accompany each essay, and Elizabeth Emrich, Curatorial Assistant, helped with permissions. Ably guiding the volume into production was Bruce Roebal, the Knight Institute’s administrative manager. Finally, special thanks go to the Gertrude Spencer Charitable Fund, which by underwriting the cost of publication makes it possible to share with all first-year students and others this introduction to undergraduate writing at Cornell.

Paul Sawyer, Director of the Knight Institute, wrote in a previous Discoveries that “the greatest pleasures of the Discoveries essays come from their [showing] what it looks like to think in different disciplines and genres.” With Paul, I invite you to explore the twenty essays in the 2011 collection and join us in experiencing those pleasures.

From the Editor | David Faulkner

With a special volume of Discoveries, we celebrate a return to publication after a short hiatus. The additional essays represent all the more fully the extraordinary variety of voices heard and genres practiced in writing classes under the aegis of the Knight Institute. This variety extends to the writers themselves, prizewinners all, who range from first-year students to seniors (even a Cornell staff member) and hail from virtually every college. Thus, the present issue also appropriately commemorates another milestone: the tenth appearance of Discoveries.

The contributions fall into four broad, overlapping categories: memoir and self-reflection; political and historical analysis; synthesis of scientific knowledge and its implications; and literary criticism of various stripes. In the piece that leads off the volume, Jessica Walden wistfully recounts the triumphs and tragedies of studying the endangered loons of the upper Midwest. Lulu Yan employs a type of written collage to meditate on the shifting facets of an immigrant identity suspended in the margin between cultures and languages. Like an uncontrollable other within the self, the image of the werewolf threads through Amy Maude Pape’s wry and poignant account of her struggle with lupus.

Subsequent essays address the entanglement of politics with historiography, with diplomacy, with litigation, even with theology. Davis O’Connell analyzes the enigmatic figure of medieval philosopher and alleged heretic Peter Abelard against the backdrop of 12th-century power-struggles and social mores; Sean Chen reveals how even well- intentioned efforts to educate the public about the past in a Smithsonian exhibit on Hiroshima and the Enola Gay can fall prey to present-day partisan conflict. Extensively exploring the unintended consequences of diplomatic and military strategies in the fight against terrorism, Alanna Newman proposes alternative policy models grounded in the ethics of the World Social Forum and other nonviolent grassroots movements. Derek Lougee shows how such transformational politics also informed the Black-Power agenda of funk music, an aesthetic whose heroes such as George Clinton and James Brown articulated a vision adjacent to, yet distinct from, the civil-rights inspiration of rhythm and blues, gospel, and soul. A closely-reasoned argument by Matt Clemente offers a detailed context for and critique of the legal justifications used by Supreme Court Justice Antonin Scalia in a recent Second-Amendment ruling—a decision whose ultimate impact, Clemente predicts, will be minimal.

Even the more scientific pieces take into account the social, economic, and cultural implications of experimental research. For instance, Elizabeth Conlan crafts an ingenious fictional corporate memo in which, for reasons of profit and good publicity as well as morality, she advocates developing genetically modified bananas as a delivery system for oral vaccines. Logan Skelley illuminates the growing problem of antibiotic-resistant bacteria, offering a sobering account of the causes and effects of MRSA and related microorganisms. A similarly disquieting review of “colony collapse disorder” among bees is penned by Lori Moshman, who considers the likely etiology of the disease and the potentially devastating consequences for agriculture. And in an eclectic blend of biography, aesthetic speculation, and scientific explication of electronic acoustics, Christian Madera explores the invention and the influence of the Hammond organ (by a nice coincidence, inventor Laurens Hammond enjoyed a Cornell connection, earning a degree in mechanical engineering here in 1916).

The forays into literary and dramatic criticism in this collection are similarly varied, ranging from the theater of the Renaissance and twentieth-century America to modern and postmodern novels, from Disneyfied fairytales to contemporary graphic fiction. Jaebin Choi, for instance, evaluates the way that Craig Thompson pushes the boundaries of the comic-book medium by representing sound not so much with words as with images in his recent graphic memoir. In early modern Italian popular comedy, generic boundaries were inherently fluid, as Zheng Kang Tham demonstrates in his discussion of the structured improvisation of commedia dell’arte. Such stagecraft unites with magic in the figure of Shakespeare’s Prospero, whom Lucas Ackerman reads as a stand-in for the creative powers of the playwright himself. In the essays by James J. Miller and Sheridan Reiger, brave new worlds other than Prospero’s island—a metaphorical Massachusetts Bay Colony and a magical-realist Latin America respectively—offer fertile ground for social and political criticism of the ideology of violent conquest. Similarly, Michael Cohen argues that a critique of imperial domination, filtered through John Ruskin’s vision of an organic pre-industrial society, informs E. M. Forster’s A Passage to India. We close with a pair of readings of the sexual politics of two folktales: Haley Bergeron tests Jack Zipes’s claims about Disney distortions against her interpretation of Beauty and the Beast, while Jacqueline Liu questions the happiness of Snow White’s “happily ever after” in the Grimms’s version of the tale.

Rereading these essays as a group, I am struck not only by the diversity described above, but also by the intriguing coincidence of a common preoccupation with sound: a wild bird’s keening wail; the noise of controversy; the click of an organ key; the guffaws of an audience; the funky downbeat; a sleeping lover’s gentle breathing; or what Tennyson called “the murmuring of innumerable bees.” This concern operates on levels beyond the literal one of subject matter. It bespeaks an attention to the susurration of language itself, to the way we “hear” the words of writers as we read, even to the sometimes uncanny sound in the writer’s ears of her own voice speaking with an incipient academic or experiential authority. (Unwitting of the logical contradiction that in a sense isn’t one, students sometimes ask me, “How does my writing sound?”) And beyond this, to sound a thing is to assess its quality or ripeness, like percussing a patient’s chest or knuckling a melon in the supermarket. To take a sounding is to gauge a depth, as the whale sounds not only when it feels anxiety but also when it feels natural joy. The same overall spirit animates these essays, which respond to the exigencies of a classroom assignment and yet often manage to express the sheer pleasure of writing. These terms convey the sense of testing, probing, experimenting. This is the essential quality of the genre of the essay as practiced in the Knight Institute. These contributors dive deep—into their subjects, into the scholarly literature, into their experiences. Above all, the writer tests herself; the essayist sounds his own abilities.